Why Live in London 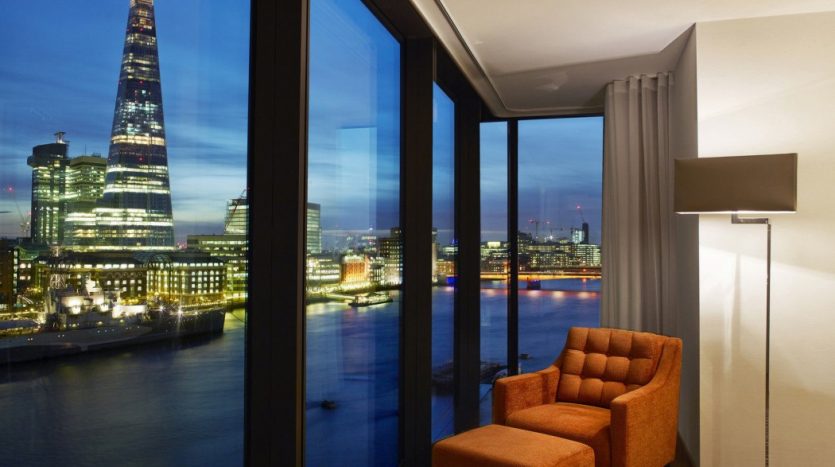 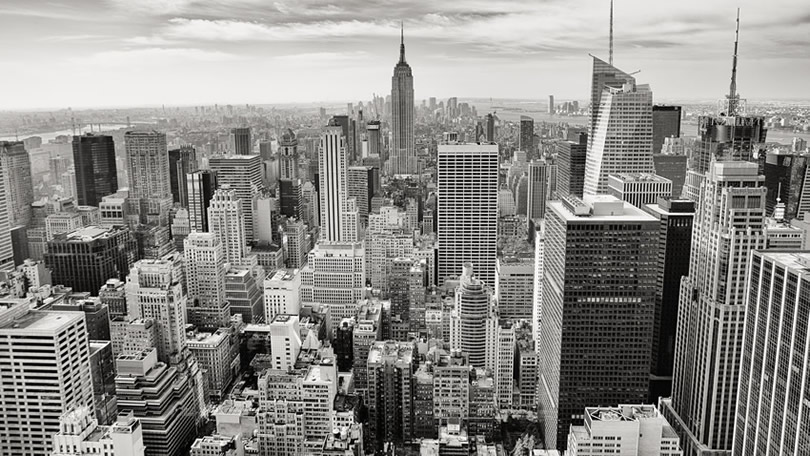 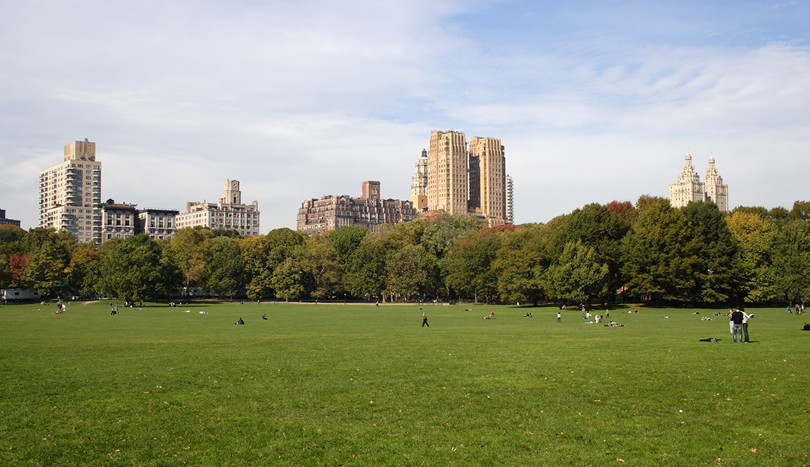 Twenty five great reasons why you should move to London

London has been getting a lot of stick for being more expensive and not as ‘cool’ as cities like Berlin and New York, but according to a poll released this week, a staggering one in six people worldwide want to move to London for work. This makes it the most popular place to work in the whole world! While we’ve already gone into detail about why working in London is awesome, we’ve compiled 25 more reasons why you should move here, just in case you need an extra nudge…

With over 300 venues putting on a staggering 17,000 performances a year, London is far and away the best place to come for anything music related. From club nights and sold-out performances to gigs and open mic nights, we’ve got something for every ear.

We haven’t just got musical opportunities here though – the whole city is awash with creativity. If you want to break into an industry like singing, writing, acting, photography, art or design, you’re more likely to make a mark here than anywhere else in the UK.

3. It’s easy to pop abroad for the weekend

London has transport covered, both inside and out. The tube, buses and Overground will quickly take you all over the city, while St Pancras is on hand for weekend trips to Paris. Don’t forget all our airports too – Heathrow is one of the busiest in the world, so you can travel anywhere if you need to escape the city. Flights to the rest of Europe are so cheap, it’d be rude not to!

The vast geographical area of London means that many places started as individual villages or towns that eventually became absorbed into the city. This means that every area has its own distinct style and atmosphere, which are often very varied. You only have to compare a place like Notting Hill to Dalston to see this in action!

5. Our food scene is vast (and delicious)

While we once had a terrible foodie reputation for overcooked beef and crisp sandwiches but London has turned it around and is now one of the most innovative and creative places for food and cooking in the world. The city is full of new restaurants, pop-up cafes, cookery schools, food photographers and culinary bloggers constantly re-inventing the notion of good food. We’ve got some pretty brilliant coffee too.

6. We’ve got thousands of years of history
London was founded in 43AD, so we’ve managed to squeeze quite a lot of interesting history into the past two thousand years. Architecture from the Roman, Tudor, Stuart, Victorian periods and more is still standing around the city, there are four Unesco World Heritage sites, and many events of worldwide historical significance occurred here too.

7. The educational opportunities are excellent

Although admittedly Oxford and Cambridge are both outside our fair capital, we’re doing pretty well with our 43 universities. A number of world-renowned institutions such as UCL, LSE and SOAS are based here, as well as specialised schools like Central St Martins and the London College of Fashion. We’ve also got some of the best state, grammar and fee-paying schools too, so your kids have no excuse not to get to grips with their times tables.

8. You can speak French if you want

Despite what we say about the French, we do love our Gallic neighbours deep down. The feeling seems to be mutual as the number of French people in London makes it the equivalent of the 6th largest French city! Much of the francophone activity is centred around South Kensington, where the French Embassy and Lycée Charles de Gaulle are based. If you want to parler le francais, pop into one of the many bakeries on Bute Street or browse paperbacks in the French Bookshop.

9. Fashion is important to us

You only have to look at the buzz around London Fashion Week to see that London is a pretty chic city. Home to supermodels Kate Moss, Naomi Campbell and Cara Delevigne, we pride ourselves on our innovative style and excellent shopping (have you seen the size of our flagship Topshop?!) East London is also full of cool vintage shops, and there are plenty of great London-based fashion blogs to give you some sartorial inspiration.

10. You don’t have to travel to see a famous landmark

With a staggering 16.9 million visitors to London in 2012, it’s fair to say we have our share of stunning tourist attractions. But while everyone else has to travel to see wonders like Buckingham Palace, the London Eye, the Houses of Westminster and the Tower of London, locals can see them whenever they want. They’re great for including in selfies too.

11. Our parks are big and beautiful

While we don’t want to keep throwing superlatives around, we can’t go without mentioning that London is the greenest major city in Europe. Not only do you get a buzzing metropolis when you move here, you also get access to miles and miles of beautiful greenery, including Hyde Park, Hampstead Heath, Kensington Gardens and Richmond Park (which even has wild deer in it).

12. There are plenty of pubs

To say that Londoners like a drink is a bit of an understatement – we LOVE a good drink. That’s why we have 7,000 pubs and counting across the capital, so you’re never far away from a cold glass of wine after a long day at work.

While lots of countries have long given up the monarchy (we’re looking at you and your guillotine, France), we’ve still got Queen Elizabeth II and family on the throne, which means loads of cute pictures of baby Prince George in the papers all the time. Plus, if there’s a special occasion – an extra bank holiday!

14. You can ride around on a Boris Bike

We know other places have them too, but we’re particularly proud of our public bike rental system. There are 10,000 of these iconic bikes across the city in over 700 docking stations, so you’re never far from a ride, and they’re free for the first 30 minutes too. Perfect for exploring one of those great parks!

15. There are loads of different communities
At least 37% of London’s population were born outside the UK, which has led to a range of diverse communities in different areas. Our Indian, Vietnamese, Pakistani, Turkish and Chinese communities are particularly large, giving London a great internationally diverse atmosphere (and some brilliant restaurants!)

We’ve got three of the world’s top ten museums, 1/5 of the UK’s cinema screens, and some of the most famous artworks to ever be created. Culture vultures will be endlessly entertained by all the theatre, art, museums and films we have to offer, and best of all; all of our biggest museums and galleries are free to enter!

London never sleeps, so there’s no chance you’ll ever get stuck for something to do. Aside from all the usual attractions like museums and galleries, we also have loads of pop-up restaurants, weekend festivals, and celebrations for everything from cocktails to afternoon tea.

London loves Christmas, and we like to think we do it pretty well. From mid-October onwards the capital is a frenzy of Christmas cheer and events, with the Southbank Market, ice skating rinks at Somerset House and the Natural History Museum, the Hyde Park Winter Wonderland and big posh shops filled with amazing window displays. On a particularly clear, cold evening, it’s like being in Charles Dickens ‘A Christmas Carol’. For fun wintery stuff to do in London click here!

19. Our love of brunch
While we haven’t quite reached New York levels of brunch dedication, we’re getting pretty close. Saturday and Sunday mornings now see young Londoners descending on restaurants all over the city for all-you-can-eat (and drink) deals and House of Ho and Flesh and Buns, sharing plates at Caravan, French dishes at Le Bun, Le Pain Quotidian and Patisserie Valerie, and many, many more!

Bookworms will enjoy the wealth of literary connections all over London. Some of the world’s best authors have lived and worked here, including William Shakespeare, Sylvia Plath, Charles Dickens and Geoffrey Chaucer. You can visit the parks and pubs they loved, such as the George Inn and the Pillars of Hercules, and Kings Cross Station even has a Platform 9 3/4 in honour of Harry Potter!

21. The ‘am I in a film?!’ moments
With all the thousands of films set in London, a casual stroll can sometimes feel like a walk through a film set. Every genre is represented, from rom-coms like Bridget Jones Diary and Notting Hill, children’s classic Mary Poppins, and even horror films such as the Omen and A Clockwork Orange.

22. The weird laws
We’ve got some pretty weird laws that have never been repealed, so there’s always the possibility of a great story if you get caught flying a kite or suspiciously handling salmon by a zealous policeman. Some of the oddest ones include it being illegal to: be drunk in a pub, die in the Houses of Parliament, slide on ice or snow, fly a kite in public, or handle salmon under suspicious circumstances (the Salmon Act 1986, naturally).

23. Our mayor is Sadiq Khan
Sadiq Khan
London’s first Muslim mayor is a good indicator of the culturally diverse and accepting scene in London. The former human rights lawyer has just completed his first year as mayor, although he almost missed out on politics entirely. He originally planned on becoming a dentist, but his university teacher thought he was such a good arguer that he should take up politics. The rest is, as they say, history.

24. We welcome eccentricity
There’s nothing we love more in London than a touch of eccentricity. In fact, the crazier, the better. We’ve got bizarre traditions like the Christmas Day Serpentine swim, the annual Goat Race and the Pearly Kings and Queens Festival, and are the proud home of artistic oddities like Damien Hirst’s Cock and Bull preserved in formaldehyde.

25. It will make other cities feel cheap
Let’s get straight to business – London isn’t cheap. In fact, it’s now officially the most expensive city in the world. Everything from petrol to coffee costs more here than anywhere else. The average rent isn’t your only worry if you factor in bills and a monthly Zone 1-2 rental card. Rome is 40% cheaper than London, Paris 21%, and even the notoriously pricey Singapore is statistically cheaper. However, if you look on the bright side, after a few years in London any other city you live in will feel cheap in comparison!
Update: We love London so much, we thought we should add another couple of great reasons to live here.

26. The village vibe
Despite London being one of the busiest cities in the world, there are more than a few areas where you would be forgiven for thinking you were in the countryside, rather than the hustle and bustle of the capital. Hampstead, Highgate, Dulwich, and Greenwich are some of our favs.

27. Shop ’til you drop
London is a shopping haven, where you can partake in some serious retail therapy. From traditional shopping spots like Oxford Street and Bond Street to mega retail centres like Westfield in White City and Stratford, you can spend a whole year shopping in London and still have tonnes of places to visit. 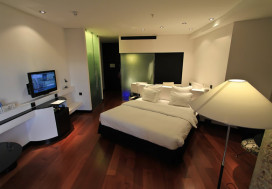 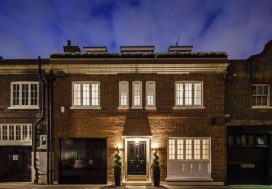 2 thoughts on “Why Live in London”